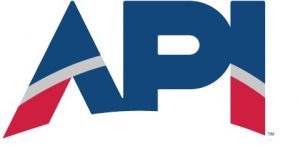 Cortec® VpCI® Technology has played an integral role in the development and adoption of VCI protection systems for Aboveground Storage Tank (AST) bottoms since the 1990s. Today, this technology has become so widely accepted as a viable alternative to cathodic protection (CP) that the American Petroleum Institute (API) has published a guide on the subject. The first edition of API Technical Report 655, “Vapor Corrosion Inhibitors for Storage Tanks,”1 was released in April 2021 and focuses on informing and guiding tank owners/operators about protecting ASTs using amine-carboxylate VCIs, the same class of VCIs produced by Cortec® under the VpCI® brand name.

Cortec® VCIs for AST bottom protection underwent testing as early as 1993 by a major oil company looking for a system to protect the annular space of doublewalled ASTs.2 Around that time, the same company published a technical paper sharing how VCIs mixed with typical tank pad material resulted in almost no corrosion during an extended period of testing. The company determined that Cortec® VpCI® was the best material to use for their application, and their successful experience led several other prominent oil/chemical companies to also adopt the technology.

Since then, individuals and companies have had the time needed to test AST protection with VCIs on a larger scale in the field. For example, an article in the March 2021 edition of Materials Performance magazine (published by AMPP) shared results from a VCI/CP comparison on 12 tanks. The author followed five AST floors protected with VCI and seven protected by CP and eventually concluded that VCI is indeed a viable option for protection against soil-side corrosion.

Additional testing and more real-life results are likely in the coming years, given the increased attention to AST VCI protection presented in these two recent publications. However, these reports already underscore Cortec’s leading role in developing innovative corrosion control alternatives to the status quo and forging a path for technologies that have ultimately become standard industry practices.