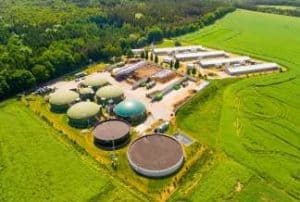 Biogas presents untapped potential as a renewable energy source that begs further exploration and development. Unfortunately, one of the most widely available feedstock materials—lignocellulosic waste (e.g., plant matter, wood, agricultural waste)—also presents challenges. Lignocellulosic biomass is difficult to digest and typically releases compounds during pre-treatment/hydrolysis that can inhibit the growth of the microorganisms needed to perform anaerobic digestion, limiting the biogas plant from reaching its full production capacity. However, a recent study by York University points to an exciting solution for this problem: bioaugmentation with Bionetix® International’s BCP12™.

BCP12™ contains microorganisms and nutrients to supplement the natural bacterial population in an anaerobic digester. During testing at York University in 2020, BCP12™ was added to three samples of hydrolysate produced from pretreated lignocellulosic biomass. Each sample contained a different bacteria strain: Arthrobacter, Bacillus subtilis,
and Pseudomonas putida. In each case, the addition of BCP12™ increased the concentration of beneficial microorganisms in the biomass by 30%, 53%, and 58%, respectively, compared to control samples. The report stated that this would “suggest that BCP[12™] helps in stimulating the bacterial growth despite the presence of several inhibitors in the hydrolysate.” It concluded, “Hence, BCP[12™] can be also employed as [a] supplement in media containing inhibitors to increase the microbial tolerance towards several toxic compounds.”*

In addition to boosting the microbial population in the presence of inhibitors, BCP12™ also carries out other important functions such as loosening and liquefying heavy grease deposits, reducing unpleasant odors, and controlling the grease caps and FOG (fats, oils, and greases) that can build up in an anaerobic digester. While BCP12™ is especially noteworthy for its success in lignocellulosic material in the York University study, it is also beneficial for improving biogas production efficiency when added to other types of feedstock.