In November, Cortec® was honored to join Metals Preservation Group de Mexico at their booth for the sixth edition of “Foro de Proveeduría Automotriz” in León, Mexico. This automotive supply forum is the largest of its kind in Latin America. Its goal is to connect the auto market with local suppliers to promote greater economic development in the region. The governor of the state of Guanajuato, who inaugurated the show, envisions Guanajuato becoming “the most competitive region in Latin America” and stopped by the Metals Preservation booth to say thanks for supporting the local economy. He also posed with the Cortec®/Metals Preservation team for a quick photo op that ended up in a Latin American online news report about the event, complete with Cortec® samples on display in the back of the picture. 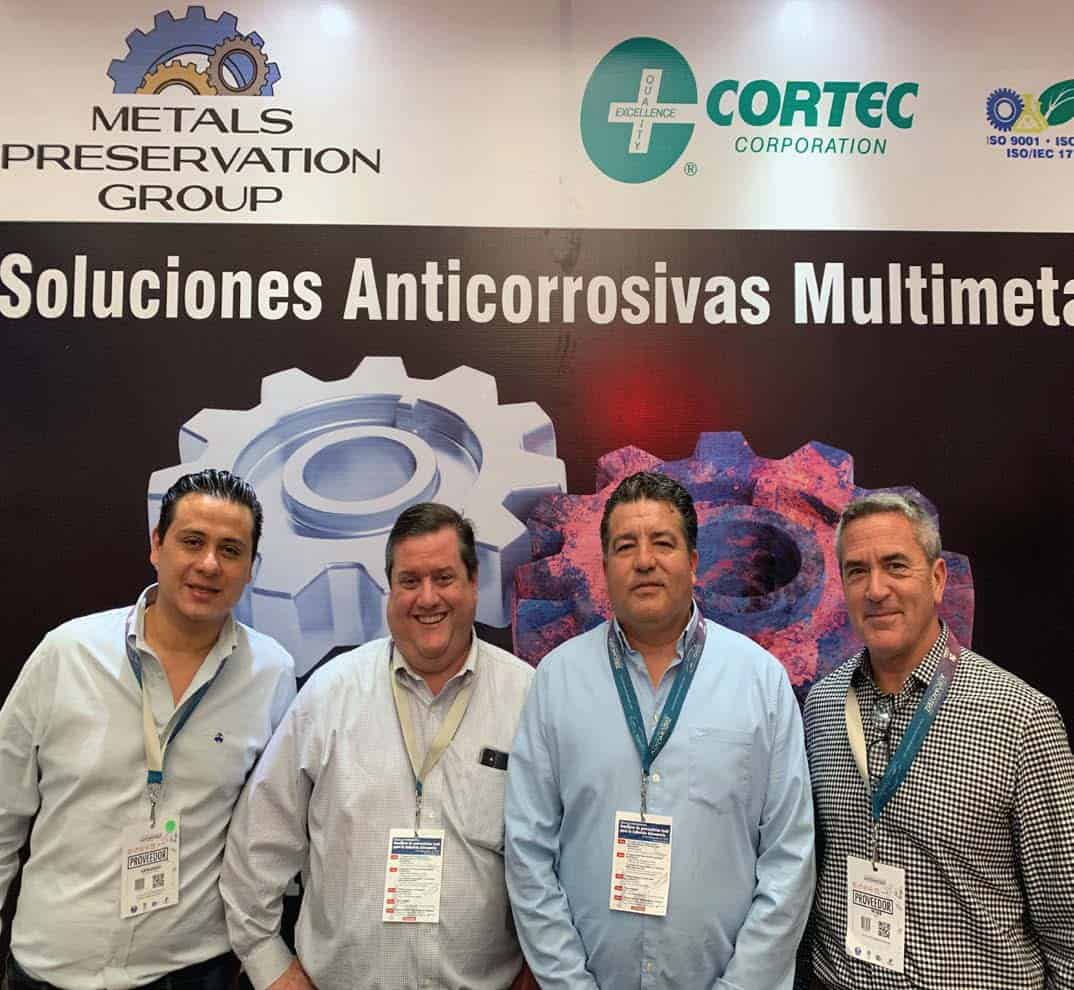 Aside from an exciting brief moment of fame, the Cortec® team found the show to be an outstanding opportunity of its own to meet with automotive suppliers who are looking for improvements in corrosion protection. Environmental sustainability was another big focus. Mike Gabor (VP Sales, Eastern Northern America), who attended the show with Spencer Taylor (VP Sales, Southern Office) and other Cortec® connections, commented, “There is a customer appetite for technical support that best utilizes chemistry in a way to reduce corrosion claims. Where current systems are already successful there is a demand for new technologies or better design that accomplish the same goal at a lower cost.” Cortec® found that it was well able to satisfy this demand to attendees—many of whom might currently use competitor VCI films and greasy oil-based rust preventatives—by offering them a step up in the form of Cortec’s practical and effective VpCI® packaging and biobased/water-based dry-film rust-preventative solutions!

Contact Cortec® to learn more about the user and environmental advantages of many Cortec® corrosion solutions: https://www.cortecvci.com/contact-us/